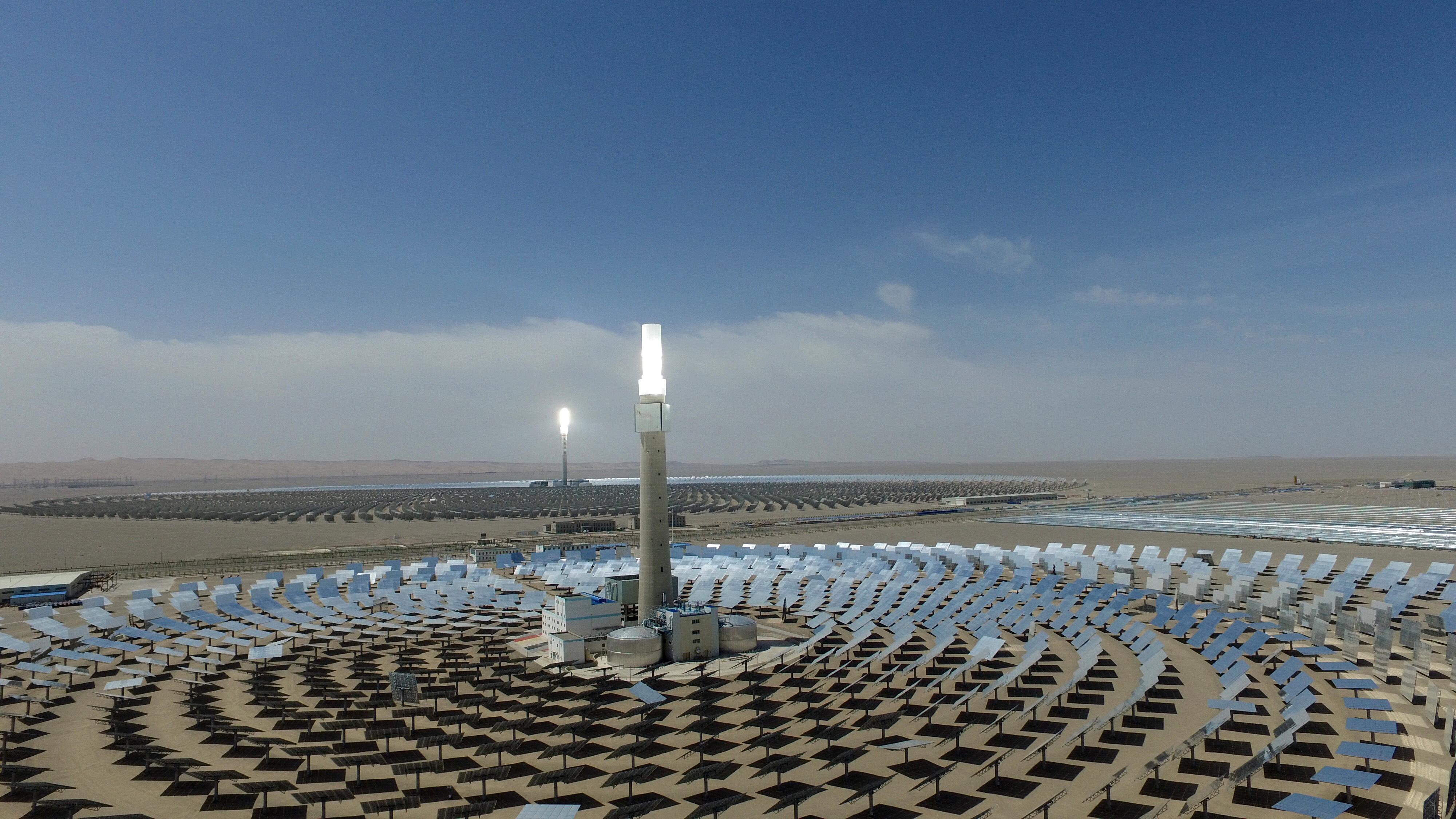 Forget bitcoin: hydrogen is the currency to watch. Dubbed by many in the energy industry as the molecule of the future, it stands to act as a unit of exchange between renewable generation and energy consumption.

And thanks to a range of far-reaching decarbonization targets around the world, it could become an increasingly important actor in the energy sector. More than 10 million tons of production capacity are scheduled to be rolled out by 2030 in the US alone.

Europe and East Asia continue to lead in renewably-produced or ‘green’ hydrogen production, with the former planning to make the gas a big part of its trillion-dollar Green Deal package.

And a far-reaching European Union-wide green hydrogen strategy is expected to be formalized this year. Meanwhile, China is emerging as an important player, announcing more than 50 hydrogen projects to contribute net zero emissions by 2060.

Green hydrogen is produced through the electrolysis of water, utilizing electricity produced from renewable sources such as solar or wind.

But why is hydrogen even necessary when renewables can generate electricity? It is a highly flammable gas that needs significant and costly infrastructure to be transported to where it’s needed. Surely it would be better to simply plug into a renewables-fueled grid?

According to WindEurope CEO Giles Dickenson—and many others in the renewables game—the grid isn’t always an option. As Dickenson puts it: “We cannot electrify everything. Some industrial processes and heavy transport will have to run on gas.”

And renewable hydrogen “is the best gas,” he says. “It is completely clean. It will be affordable with renewables being so cheap now.”

Renewables certainly are cheap, but that’s not the case for green hydrogen right now. In fact, the current number one challenge to a green hydrogen economy is production cost.

Green hydrogen is produced through the electrolysis of water, utilizing electricity produced from renewable sources such as solar or wind. International Energy Agency (IEA) data from 2018 puts the cost of that production at $3 to $7.50 per kilo.

This compares unfavorably with hydrogen made by the traditional and carbon-intensive process of steam methane reformation, at $0.90 to $3.20.

Pushing down the price of green hydrogen could be achieved by cutting the cost of electrolyzers, predicted to be achievable in the medium term. Indeed, costs could fall by half by 2040, from around $840 per kilowatt of capacity today, according to the IEA.

Meanwhile, one way to ensure the lowest possible cost for green hydrogen is to keep electrolyzers running as close to 24/7 as possible. But of course, most renewable sources of energy are intermittent. 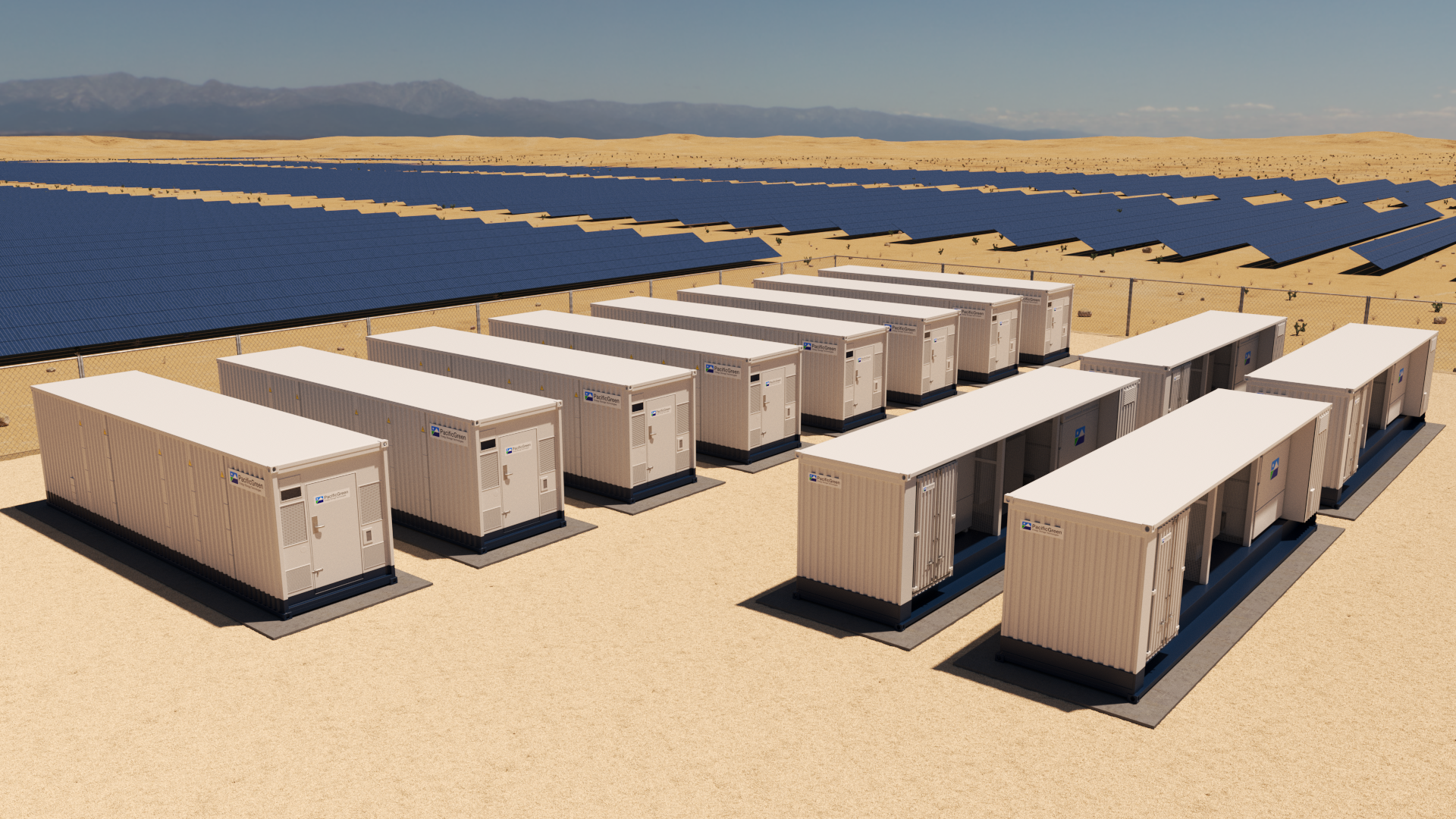 Battery storage is being increasing leveraged in large PV arrays, of the kind that might ultimately drive green hydrogen electrolysis, to provide grid power outside the hours of sunlight.

Even in best-case scenarios, wind power runs at around 50% of the time and standalone PV struggles to achieve 25%. Energy storage could help overcome such intermittency. On price, lithium-ion battery storage is the most likely candidate. This is a natural fit for PV solar.

Battery storage is being increasing leveraged in large PV arrays, of the kind that might ultimately drive green hydrogen electrolysis, to provide grid power outside the hours of sunlight.

The problem is that lithium-ion batteries are only really cost-effective at scale for discharge durations of up to around four hours, which is not enough to keep an electrolyzer running around the clock.

There are other potential low-carbon options available to power the production of hydrogen, but they may not be practical in many scenarios. Hydroelectric projects, for example, can generate vast quantities of electricity continuously.

Unfortunately, hydro schemes are highly reliant on local geography. What’s more, new projects are often held up or cancelled due to local opposition to the massive disruption they cause to the environment.

Another possible option in the future are small modular reactors or SMRs. These pocket-sized nuclear plants, with units are envisioned to vary in size from tens to hundreds of megawatts, are still very much in the embryonic stages of development.

It is possible that they will be deployed sometime between the late 2020s to early 2030s, but for the immediate future SMRs simply aren’t an option in the power market.

There are other potential low-carbon options available to power the production of hydrogen, but they may not be practical in many scenarios.

What is needed for green hydrogen production is a low-carbon energy source with its own integrated energy storage function. And it just so happens that we have one at Pacific Green: concentrated solar power (CSP).

CSP systems use mirrors to focus solar energy onto receivers where the heat drives steam-powered turbines.

In modern designs, some or all that heat is first used to heat molten salt, which stays at high temperature for long periods of time and can turn CSP into a dispatchable power source. Compared to SMRs and even grid-scale batteries, CSP is a mature technology.

Early plants date back to the 1980s and there are already dozens of large-scale CSP projects up and running, mostly in Spain and the US.

But any part of the world with wide, open sunny spaces is a possible candidate for CSP development, with Australia, Chile and North Africa at the top of the list.

The only drawback for CSP as a power source for electrolysis is that for now it is still more expensive than PV or wind.

But that’s not a problem: the current trend is to create hybrid plants where PV covers daytime electricity production and CSP acts as a ‘solar battery,’ storing energy for use after sundown. In hot, sunny climates, this could be the optimum combination for green hydrogen production.

And at Pacific Green, we’re ready to start building such plants, leveraging our expertise in PV and energy storage.

If you agree that green hydrogen is going to play a key role in the future of renewable energy, and are interested in the role that PV, CSP and energy storage could play, contact us now and let’s get talking.

Could CSP supply Europe’s power? (But seriously this time)

press
Green ammonia and how it relates to concentrated solar power

Green ammonia: it could play a key role in the energy transition. And it could be important for CSP in several ways.

China, like America or Australia, is a place where things come in big helpings.

Solar
CSP
Is concessional finance key to CSP in 2021?

As DFIs look to finance large infrastructure projects in many parts of the world, is concessional finance still key to CSP in 2021?