CSP, like most sources of energy, has been subject to its fair share of scientific studies and research papers. There’s a large body of research covering everything from solar fields to heat transfer fluids. But a CSP study published in June was something out of the ordinary.

Titled Concentrating Solar Power Best Practices Study, the research paper was hailed as a first of its kind in terms of objective, authority and scope. The objective, unlike many pieces of academic research, was to provide practical guidance on improving CSP plant operations.

The researchers set out to discover what had gone wrong across all the plants built to date, so engineering, procurement and construction (EPC) and operations and maintenance teams could avoid similar challenges in future.

In this respect, the paper was almost more of a manual than a study. And in terms of authority, this was not some two-bit piece of research.

It was penned by the US National Renewable Energy Laboratory (NREL), one of the foremost bodies for CSP research, with support from SolarDynamics, a prominent consultancy in the sector.

Other organizations participating in the research were Solar Power & Chemical Energy Systems, which is a leading international network of researchers into CSP and solar chemistry technologies, plus the Electric Power Research Institute and the World Bank Group’s Energy & Extractives division.

The study runs to 269 pages and is based on research into nearly 80% of the roughly 100 CSP plants in operation around the world.

From a US perspective, it is hard to imagine a more informed group of experts. And finally, there’s the scope of the piece. The study runs to 269 pages and is based on research into nearly 80% of the roughly 100 CSP plants in operation around the world.

The painstaking study, which included about 50 information-gathering sessions with experts from across the CSP sector, uncovered more than 1,000 potential plant faults.

That may sound like a lot, but it’s important to bear in mind that CSP encompasses not one but two major technologies (parabolic trough and power tower) that are quite different in nature and have both been evolving over time as the sector has adopted new concepts and expanded into new markets.

This means many of the plants reviewed by the research team may have been the first of a kind or the first in a given market. Such projects might be expected to experience a number of teething problems. And the report authors point out that not all plants had issues.

In fact, as is the case with most industries, it seems like a few bad apples have tainted the picture. One of the best examples is Crescent Dunes, a high-profile US power tower project that was plagued with problems.

The plant, one of the earliest power towers on US soil and the first there to use molten salt storage, was subject to intense scrutiny because it was in part financed with $737 million in loan guarantees from the Department of Energy.

Crescent Dunes never managed to achieve its average expected monthly output, and at one point underwent an eight-month shutdown because of a leak in its molten salt thermal storage tank. Crescent Dunes’ developer, SolarReserve, has since gone out of business.

Against this, though, there are also plenty of examples of CSP plants that are performing to or above expectations.

In China, for example, plants such as the 50 MW Delingha parabolic trough plant, built with assistance from Pacific Green Solar Technologies, is celebrated as having exceeded its output targets.

A key finding of the NREL research was that many issues were project implementation problems rather than technical challenges, implying that CSP technology is now increasingly mature.

Another significant source of problems in the past has been the steam generation systems, but insiders acknowledge that these issues have now been addressed.

As for power towers, the more nascent nature of the technology means there is still scope for improvement in some plant designs. However, the report says, “challenges and their mitigation measures … are extensively documented in the body of this report.”

Beyond the scope of the report and its findings, the NREL study is important for two reasons.

The first is that it represents a major vote of confidence for CSP in general: NREL has clearly invested heavily in looking to improve the next generation of plants, even though none are currently planned for the US. 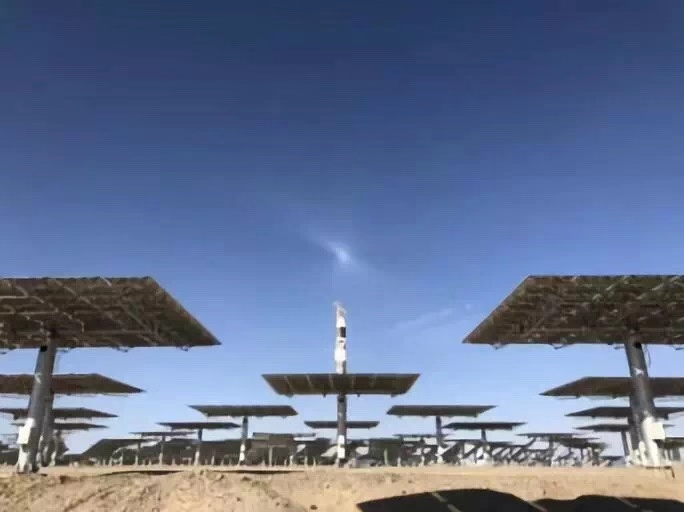 The second is that few other low-carbon generation technologies, except perhaps nuclear power, can claim to have such an exhaustive knowledge base dedicated to identifying and eliminating issues.

This means CSP developers no longer have just their own experience to fall back on when building new plants. They can draw on the experience gleaned from 80% of the entire global CSP fleet, including some of the very worst and very best plants ever built.

In spite of this, the authors stress that experience remains a key factor for success in CSP plant development. “The most successful projects have experienced owner and EPC contractor teams,” says the study.

This is something we are well aware of at Pacific Green Solar Technologies. In the last six years, we have worked with Chinese partners to build three of the most advanced plants in the world. Our plants have a total generation capacity of 160 MW.

We have a further 164 MW of new capacity under development. That makes us one of the most successful CSP developers on the planet. Our experience covers power towers and parabolic trough projects.

As a result, we can deliver high-quality, trouble-free CSP plants at the same cost as offshore wind.  And that’s even before the NREL report, which adds a further layer of confidence in the performance of future plants.

As the study states: “Based on our finding [sic], the authors are confident that future tower and trough plants can be built on time and within budget and will perform as expected.”