Xavier Lara and Carlos Mata-Torres of Pacific Green Solar Technologies delivered a presentation on how to reduce the levelized cost of green ammonia with hybrid CSP and PV plants on the third day of the event, hosted by the Ammonia Energy Association. 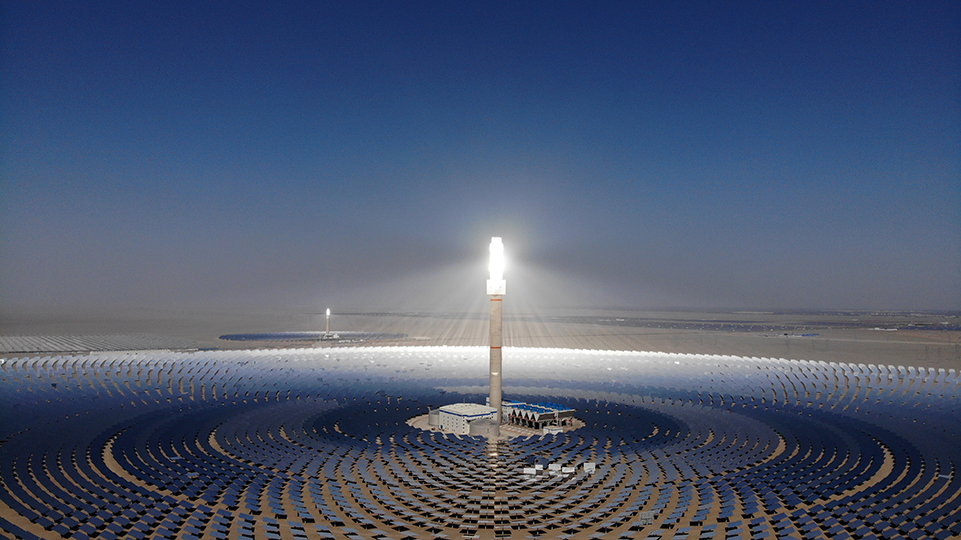 “Green ammonia, which is produced without using fossil fuels, requires hydrogen to be made as cost effectively as possible from renewable energy,” said Lara. “At Pacific Green, we are keen to show how this can be achieved through the mass deployment and hybridization of solar technologies.”

“Green ammonia, which is produced without using fossil fuels, requires hydrogen to be made as cost effectively as possible from renewable energy,”

Along with renewably produced hydrogen, green ammonia is being mooted as a likely successor to fossil fuels for industries such as shipping. Green ammonia will also need to replace current synthesis of the chemical, mainly for use in fertilizers, so global climate targets can be achieved.

Under the proposal outlined at the Ammonia Energy Conference 2021, hydrogen would be produced using solar energy captured via PV and CSP in the Atacama Desert, Chile.

The PV would provide low-cost daytime electricity for hydrogen electrolysis, while a CSP plant with 12 hours of thermal storage would allow for reduced levels of production overnight.

“Doubling the amount of CSP would allow for more stable operation of the ammonia plant and increase production to almost 300,000 tons a year, with just a small increase in cost per ton.”

Pacific Green Solar Technologies is a world leader in CSP. Working alongside other industry partners, the company has developed, designed and engineered three utility-scale operating reference plants in China and has three more major projects under construction.